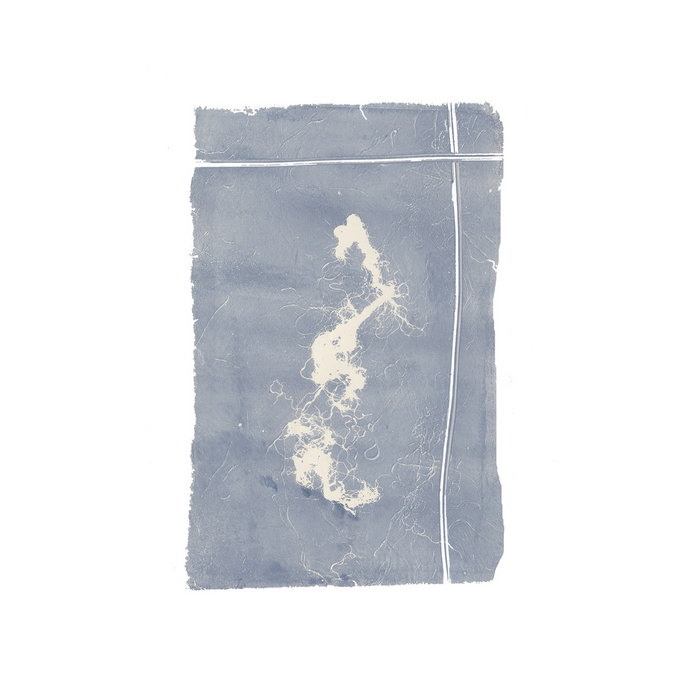 “Architectures Of Light is a collaboration between Bill Seaman & Stephen Spera and is one of those incredible releases that is even greater than the sum of its (already impressive) parts! The music is beautiful, heartfelt and sensual, utilising piano, keyboards, field recordings, and electro-acoustics, to create an ethereal audio experience that is simply jaw-dropping. This is a multi-layered album, with so much depth and texture that every single listen is an absolute joy of discovery – perfect for losing yourself in on a rainy Sunday afternoon. Simply beautiful.” - This is Darkness

“ In 14 tracks wide and a good 73 minutes long, they join forces, which become a showdown in subtlety, minimalism and evocative sound. In addition, inaudible sounds seem to suddenly appear and audible sound is often processed in such a way that it is not always recognizable or perceptible. They continuously manage to create fields of tension with so many minute sounds per square second, so that you don't get tired of listening.“A mysterious, profound, wondrous and compelling beauty that has you captivated from start to finish. All of this is also presented in a very attractive packaging with all kinds of special prints. A total work of art!" - Subjectivisten

“Architectures Of Light is a joint work of two sound sculptors: Bill Seaman, a professor at Duke University, North Carolina and Stephen Spera, sound and visual artist from New York. The album has been 58 copies with CD and hand made packaging, which are already sold out! The digital version also sounds great, it's even difficult to stop listening to the album at some point.” - datawave

“The world is a mysterious halo hovering around a library of sound fragments and interconnected ideas on Architectures of Light. Bill Seaman and Stephen Spera are no strangers to the wonder that sound can create, but together a timeless spirit lifts a free-flowing river of elegant tones skyward where it can breathe. Textures become narratives. The story never quite ends. Seaman and Spera create beautiful, intricate spaces for exploration and for rest. In the closing tracks, “Dusk Till Dawn” and “Tswana Dreaming,” the world opens and possibilities unfold. Grace is tenuous, but the moment is seized on Architectures of Light as two artists build something exceptional and new.” - Foxy Digitalis

“A release in an edition of 58 copies, with an original handpainted cover, mounted on vintage book covers, so the package is already a beauty. Spera and Seaman's music is highly atmospheric and ambient, with that darkish touch good ambient music has. Their piano appears here and there; there is some reverb to emphasize the mood. Voices come as transmissions from afar. There is the gentle rustling of leaves in the wind....This duo knows how to work with variations within the material. The field recordings work up a bit of unsteady rhythm; sometimes, the piano takes a leading role, or the music remains on the drone end. None of the pieces stands out, and none stays behind. I am not sure if that is good or bad, but it is all very functional and enjoyable. The CD was on repeat play, and it took me quite some time before it was replaced by something else....” - Vital Weekly

After following each other in differing capacities, both musically and visually, the two have connected for the new Handstitched* release Architectures Of Light. As with all good collaborations, Seaman and Spera found a method that worked best for their musical-output, an organic flow and process that allowed the songs to breathe naturally with time and space.

Sending each other libraries of potential ideas, then building up layers of sounds, adding to each other's work as time progressed. Multiple iterations created by each artist on the album formed the audible backbone and it was added-to, and/or broken-down to form alternative viewpoints, resulting in moments of slowly-formed movements which evolve without escaping the focus of the audience's attention.

There is a depth in the work of Seaman and Spera that is noticeable in the form of languages and interpretation, using found-sound, evocative vocal samples from past archives and degraded/fluctuating tape loops. Two songs have accompanying visual works, one produced by Seaman and one by Spera, both videos marry the visual and musical language found inside the music with dream-like and organic representations for each respective work.

Miriam wanted Steph to have a song for his work, this is a time-mutated hymn from her tribe.
Readings / voice on M’S DICE: Milena Scriabine.
Voice on Crowds Tamalyn Miller.
Sax: Magnus Gramén.

Bill Seaman is a composer, musician, artist and media researcher. He has undertaken many collaborations in the past. He works in a very sculptural manner in the composition of his music, in part, drawing-upon various live libraries of his collaborators, as well as libraries of his own DX7, abstracted beats, non-location recordings, analogue synth and piano with live instruments. Bill works with these in Ableton Live, creating new pieces from assembled and processed materials. He also often creates videos to accompany his music production. Seaman is Professor of Art, Art History and Visual Studies at Duke University, Co-Director of the Emergence Lab, and Author of many books and papers. He has worked with many interesting labels in the past including Cotton Goods, Facture, Eilean, Fluid Audio, Oscarson and Rottenman Editions.

Stephen Spera is a well-known Artist in Sound, Photography, and the Plastic Arts. His work is in permanent collections from the Getty to MOMA, and he has recorded on many fine labels, from Parvoart, Trace, Tessellate, Dust Archive, Editions Vaché, and more. His sound works have received much critical acclaim, and he is also one half of the duo Spirit Radio, with Tamalyn Miller. Spera is known for his work in Tape Music, and uses everything from broken cassette players to Adobe Logic to achieve his unique sound.