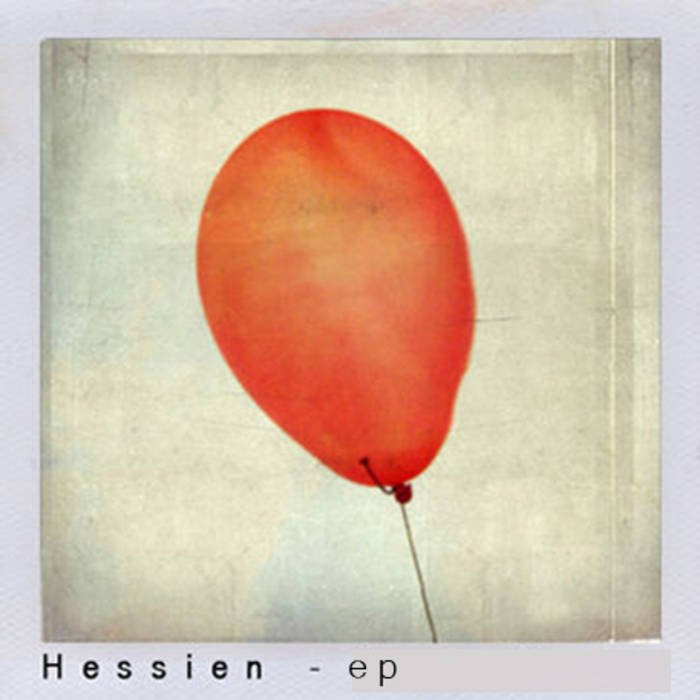 This self-titled Hessien ep was originally released for free download from Hessiens' web site in December 09 as a prelude to the 'Skurjn' ep on Handstitched* Recordings. After much demand for these songs to be released in flac/lossless formats they have been remastered and now appear at Bandcamp for easy, accessible downloading.

Hessien usually occurs somewhere between the UK and Australia, somewhere between the hours of 11pm and 6am (Southern Hemisphere) & 9am and 8pm (Northern Hemisphere) Hessien is made up of acoustic noise artist Charles Sage (Australia) and Tim Diagram (UK). They collided through a coincidence and were pleased to note that the collision has produced an EP – ‘Skurjn’, which was released on 29th January. ‘Skurjn’ is the first EP from Hessien, and is limited to 100 copies (worldwide) and housed in hand-stitched cork sleeves (from a sustainable source)

The musical content is acoustically-challenged, inverted and lo-fi, an amalgamation of tangible styles, pedal-work and mangled, modern conversions that combine the audible landscapes into one bigger image. Each song has been constructed from live workings and sketches of sound and field recordings, stitched together with fine acoustic thread and broken down into less accessible fragments to be built up again into mutual timings and compositions.

Hessien appeared on Fluid Radio (19 March) for a live mix installment, to listen to the mix visit Fluid Radio on Mixcloud: www.mixcloud.com/FluidRadio/hessien-descending-out-of-the-grey/

Hessien also have a digital single via the French label Beko, which has received 'song of the day' in France's cool, Indie Pop website 'MagicRPM' www.magicrpm.com/son-du-jour

I prefer to remain a mystery...