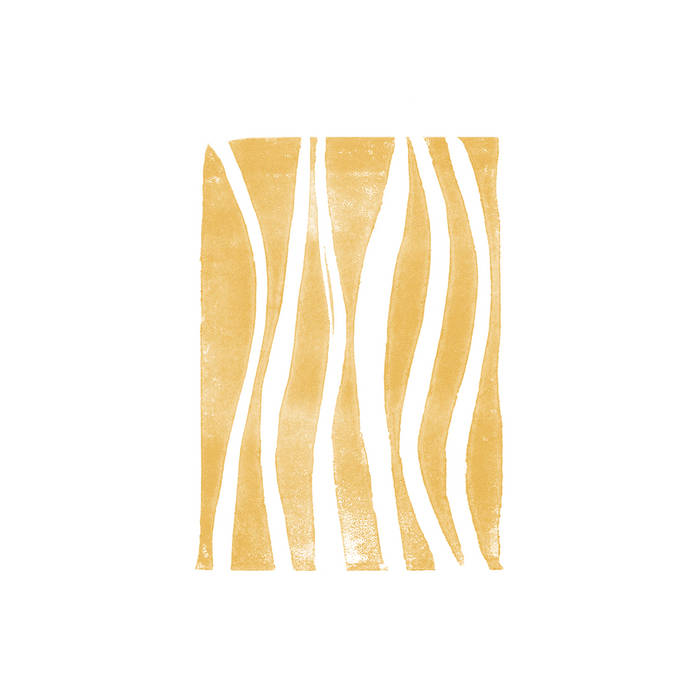 Handstitched* is pleased to announce the next split-artist release by X.Y.R. and Danny Scott Lane. A series of evolving limited-edition issues are released on both mini CD and C45 cassette and will focus on two artists - limited to 50 copies per release. Each of the formats have hand-crafted packaging, unique, hand-printed covers for the CD and hand-made cassette sleeves for the pro-dubbed tapes.

Vladimir Karpov is a prolific electronic musician and producer under the pseudonym X.Y.R. He creates sounds that are immersive and hypnotic, and has previously released an impressive back catalogue of music on the wonderful Constellation Tatsu and Not Not Fun Records, amongst others, the amazing X.Y.R. release Robinson Crusoe (Lost Soundtrack) on Singapore Sling Tapes first caught our attention at Handstitched* back in 2012 and he subsequently released the charming Waves T*​pes Vol​.​1 on Handstitched* in 2015.

This new piece; Temple Of Solitary Reflections was originally created, but subsequently modernised for one of the audiovisual installations (on the subject of a human / megalopolis collision with nature) for an exhibition at the Vinzavod Gallery in Moscow, Russia in 2020 (due to a pandemic, the event was postponed indefinitely). This work is a kind of meditation session, during which there is an establishment of internal connections with nature, with nature itself, in order to find the optimal balance between beauty, fears and spiritual insight. X.Y.R. applies to his music; analog synthesisers (formanta-mini, korg m1), loop station and field recordings.

Danny Scott Lane is based in Los Angeles and aside from his dynamic photographic and directing skills he also captivates us with his musical adventures, having released music on Moon Glyph, Schematic and Shimmering Moods. UNTITLED is a collection of six songs that weave and tug on the listener's emotions, melodic segments, mindful movement and glimpses of far-eastern, broken rhythms keep a tight-grip on the mind, body and soul - UNTITLED is subtle and deep but inextricably upfront with an individual essence.

Danny's bio; Danny Scott Lane released two full-length albums in 2019 with Shimmering Moods Records and Moon Glyph Records - How To Empty A Cup & Memory Record. In 2020, Lane scored his first feature film Man Under Table, directed by Noel David Taylor - which premiered at SLAMDANCE Film Festival January 2021. His 3rd album CAPUT was released in April 2021 with Schematic Music Company. SOON in 2022 his first vinyl release "WAVE TO MIKEY" will come out with Glossy Mistakes / Light In The Attic.

Working from his home studio in Los Angeles, he has written music for pop artists, fashion shows, art exhibits, short films, commercials and many other weird things.