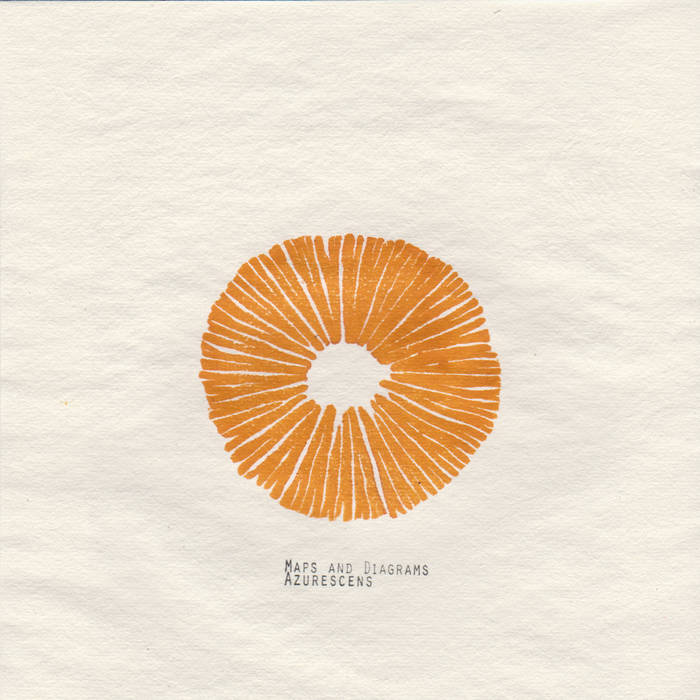 Long time friends and musical associates Tim Diagram and Yair Etziony have joined forces for a split-label release on their respective imprints; Handstitched* and False Industries are proud to bring you a split-label release in the shape of the new Maps and Diagrams album "Azurescens".A collaboration of like-minded and ever-evolving thought.

Each CD version is individually hand-crafted and features white cotton rag sleeves with hand-stamped, spore-print artwork and an individual collage artwork, unique to each version, the CD and inserts are packed inside a glassine bag and individually hand-numbered.

"Azurescens" is Maps and Diagrams' latest assignment, a concept shaped during brief moments in time during the autumn and winter of 2018, it's immersed in deeper, acoustical explorations to previous works but retains a certain familiar sentiment found in earlier releases.

"Azurescens" gives the sonic perception of spiralling out of control throughout it's sixty-nine minute duration but also guides the listener back to a level of consciousness and tangibility.

All tracks written, recorded and produced by Maps and Diagrams, Roadmap Studios, 2018.

Mastered by Manes at Salz Mastering.