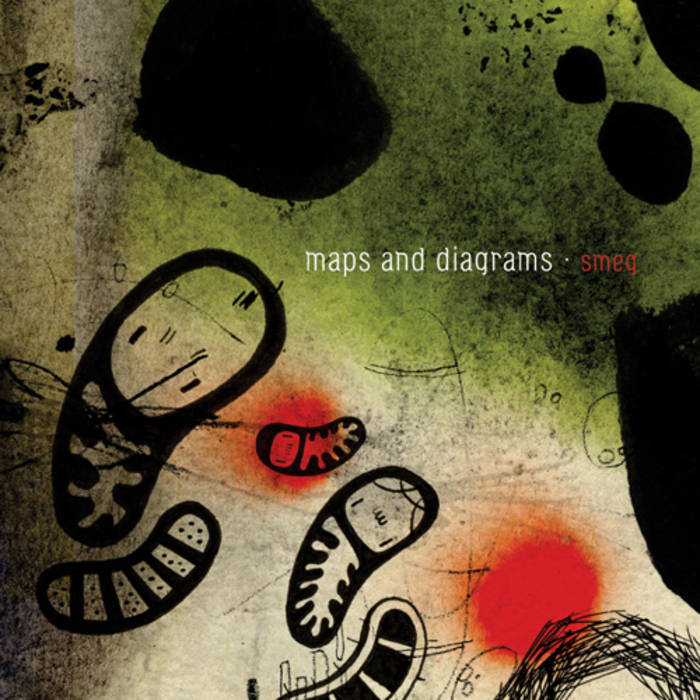 Originally released on Cactus Island Recordings ‎– CACT 028 [September 2008] as FLAC and mp3 formats and now remastered with bonus tracks from the original "Smeg" demo collection that didn't make it to the final album with original artwork by Mar Hernandez www.malotaprojects.com/studio/

Glitchy down tempo electronica with an air of melancholy serenity. The music of Maps and Diagrams wanders between wistful beauty and pensive solemnity. There are some passages of intense bliss; flickering, static infected zones where swells of luminous tone rise and fall, underplayed harmonious touches and liquid synths release tantalising snatches of touching melody and streamers of effected noise flutter and flash.

Beats for the most part are not strongly regular, rather they are scatty, fragmented affairs strewn with electronic detritus. In fact, the percussive aspects are among the most engrossing – incredible multi layered arrangements where deep kicks fluctuate and pulse beneath an array of lighter sounds made up of both structured clicks, crunches and crackle as well as seemingly random hiss, disturbance and interference. At times these elements disperse into beatless clouds like dust motes in sunlight. I’m especially drawn to the warmer tracks on this album – the lazy effected electric piano phrases and nodding groove of Walnut Creek, the delicate vibes and deliciously morphing rhythm of Henna, the raindrop-like echoing, chaotic percussives and moody bass of Kuahaa. As is often the case, these attractive pieces are all the more poignant for being set among the other slightly harsher, darker compositions.

Since this is a download album artwork consists only of the main image seen above. This appears to be a mixed media design where line drawings of amoebic cell forms curl across a blotchy red, green, beige ground – grunge effects and careful damage forming lush textures. A single line of text delivers the album title and the Maps and Diagrams moniker.