The Voices of Time 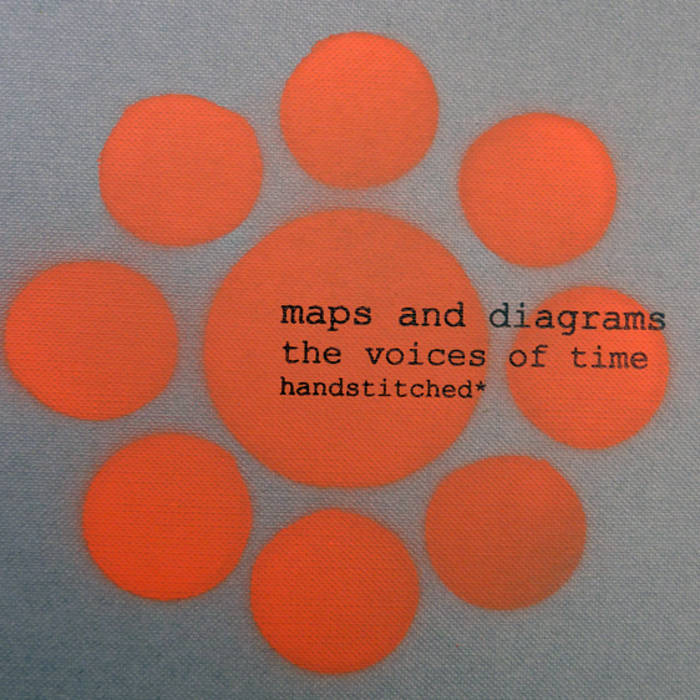 Ed Okonik Tim Martin’s works on this album remind me of the assemblage art of Joseph Cornell. Each piece is a collection of auditory artefacts, carefully composed to create an intricate musical scene and to tell a different dreamlike story. They evoke feelings of distance, of tuning into a radio station broadcasting from a hidden dimension, and also of discovery, of finding hidden treasures in the sand.​ For me, this is music for damp spring mornings and sleepy contemplation. A beautiful and unique album. Favorite track: Odyssey Dawn ft Ylid.

Maps and Diagrams: The Voices of Time
Handstitched* (hs06)

The Voices of Time is the latest state-of-the-art electro-acoustic avowal from Tim Martin, the neoteric maestro responsible for the cosmic canon of works by the soi-disant Maps and Diagrams. An acclaimed ambient pioneer whose esoteric electronic oeuvre has graced such labels as Static Caravan, Beko DSL, Fluid Audio, Smallfish and both Moamoo and Symbolic Interaction in Japan, to name but a few.

The Voices of Time is Maps and Diagrams ninth studio album and contains 13 songs of new material recorded in Winter 2010 — February 2011 and is limited to 100 copies for the world. The Voices of Time will be available via Norman Records and Stashed Goods and is packed in recycled wiro case-bound book covers with individual ink-stamped sleeves.

Not content with the genesis of such fine works as Antennas and Signals, Smeg and A Pulsating History; auditory aesthetician Martin, also contributes to the outstanding output of Somme, Sovacusa and Hessien and is currently working on projects with Estela Lamat, Joel Tammik and Somme alongside Ylid as well as the second Hessien album - but amazingly still finds time to run the Handstitched* and Cactus Island imprints before the sun rises.

The Voices of Time deploys de-automised production, with a transfer away from technologically driven tenets in favour of a more tactile tonal humanity, as sound and texture are trusted to recognise their own ambitions. Regular reasoning is reversed and intentional decay advocated, as the degradation of sound is allowed to permeate every fibre of these tentative micro sound alignments.

Put your life on hold and immerse yourself in a timbral thesis of skill, patience and artistry that ebbs and flow with an organic sensibility that encourages compositional space, sound source and dimensional musical mechanics to realise votive vocations.

Maps and Diagrams — The Voices of Time; tracklist:

01 Your Weakness
02 Letraset Addiction
03 The Infinite Delay
04 Longshore Drift
05 The Voices of Time
06 From the Archaeas
07 Shake your Bones
08 Odyssey Dawn ft. Ylid
09 Rapid Ear Movements
10 Looks Simple Enough
11 Three Blows to the Mind
12 In Golden Discontent
13 The Next Frontier